Find us on Facebook
South Korea, Things To Know

For people (like me) who experience the daily commute from Quezon City to Ortigas, getting around Seoul is a piece of cake—thanks to their dependable transport system.

And to give you a clearer picture of how it’s like to travel within Seoul via local transport, here is a run-through of the basic must-knows:

Our usual flow of to-dos when arriving at the Incheon International Airport is this: Immigration -> Luggage Carousel -> FOREX -> 7 Eleven for T-Money Card. As of writing, card price is at 3,000won (non-refundable).

We literally can’t leave the airport without buying the T-Money Card since we primarily use the subway to go to Seoul from Incheon. T-Money is similar to the Philippines’ newly launched Beep card—only better, because you can use it in buses and some taxis as well. Aside from subway stations, you can also buy and reload from various convenience stores (bearing the T-Money logo) such as 7-Eleven, Mini Stop, GS 25, etc. Most of these are 24/7. Convenient, indeed.

Another thing to love about the card is that subway fares are charged 100 won cheaper than single journey tickets. You can also transfer stations with no extra charge, given that you are travelling within a 10km distance.

According to the Visit Seoul website, you can use the T-Money Card in the following areas:

If you wish to refund the remaining balance by the end your trip, you can do so at eligible merchants:

The card, along with the balance in it, does not expire. So if you are planning to visit South Korea again, it is best to keep the card with you.

For more information regarding the T-Money Card, you may check this Visit Korea page.

One of the things we looked forward to on our second visit to South Korea is the subway system. To say that it is efficient is an understatement. We got so used to the crappy MRT and horrible EDSA traffic, that a nice train experience already makes our hearts happy.

Having a total of 18 lines, South Korea’s subway map may seem intimidating at first glance. But, if you took the time to note your stops and transfers, it won’t really be that hard. There are subway maps, neighborhood maps and directional signage in English, in most (if not all) stations. If the station’s tourist traffic is heavy, you may even chance upon free travel guides.

To better familiarize yourself with the area and general directions, check out the Seoul Metropolitan Rapid Transit (SMRT) Corporation’s Cyber Station. The interactive map lets you input your arrival and departure points, and then shows you the travel time, number of stops, distance, fare, transfers (if any) and even the next train schedule.

QUICK TIP: When you research about the places you want to visit and how to get there via subway, make sure you take note of the exit number. Most stations are so big, different exits may lead you to different areas. Noting the exit number will definitely save you time and energy.

IMPORTANT NOTE: When riding the subway, be alert and stand by the exit door once the train is near your stop (it will be announced in multiple languages—Korean, Japanese, English and Chinese). Also, give way to alighting passengers first before boarding the train. To learn more about Seoul’s subway etiquette, visit SMRT’s official website here.

Still not feeling confident about commuting via subway? Download the Ji Ha Cheol (Subway) App. It’s like the app version of the aforementioned Cyber Station, but with more features. Available both in the App Store and Google Play.

The ITX – Cheongchun line is a high-speed train that travels from Yongsan Station to Chuncheon Station. It is fairly new, its operation began only last February 2012.

Since we used the regular train going to Nami Island during our first visit to South Korea, Ivan and I decided to take the ITX this time. I wish I could say that we chose the ITX because it was more convenient, but honestly, we really just wanted to try it out—and we were very satisfied with the experience.

The ITX ticket from Yongsan Station to Gapyeong Station costs 4,800won. If we used the regular train, we could’ve saved almost half the ticket price. However, it would’ve taken us at least 1 hour and 30 minutes to get to our destination. With the ITX, it only took us 45 minutes since it has fewer stops.

ITX tickets worth 4,800won each / Photo by Ivan Angelo

Not only was the ITX faster, it was also more comfortable. The individual seats were big and had enough legroom. The orientation of the seats also made us appreciate the view while in transit better.

Happy with our comfy seats / Photo by Ivan Angelo

HOW TO BOOK ITX TICKETS:

– The kiosk is user-friendly and pretty straightforward. Just choose your language, time of destination, departure time and seats. Pay using the machine and you may be issued a receipt if you chose to.

The ITX kiosks at Yongsan Station / Photo by Ivan Angelo

It is best to buy ITX tickets at least a night before your planned trip to ensure good seats on your desired schedule.

– For a step-by-step guide on how to book ITX tickets online, check out this page.

According to Visit Korea, the ITX operates daily from 6:00AM to 10:00PM. For more information, you may check the Visit Seoul article about the ITX here.

The KTX is a high speed rail system that connects Incheon (International Airport), Seoul, Daejeon, Daegu, Busan, Mokpo, Yeosu, and other cities in the southern region.

It has four lines, namely: Gyeongbu, Honam, Gyeongjon and Jeolla.

Screenshots of the Gyeongbu, Honam, Gyeongjon and Jeolla lines from the official Korail Website.

I honestly have nothing much to say about the KTX because I haven’t tried it yet. On my third visit, I hope!

For more information about the KTX, please visit the Korail website.

Download our full, mobile-friendly South Korea artinerary HERE. (You have to be subscribed to this site to get access to our freebies. Click here if you haven’t.)

Have more questions about our recent trip to South Korea?
Leave a comment below or shoot us an e-mail at hello@artineraries.net. 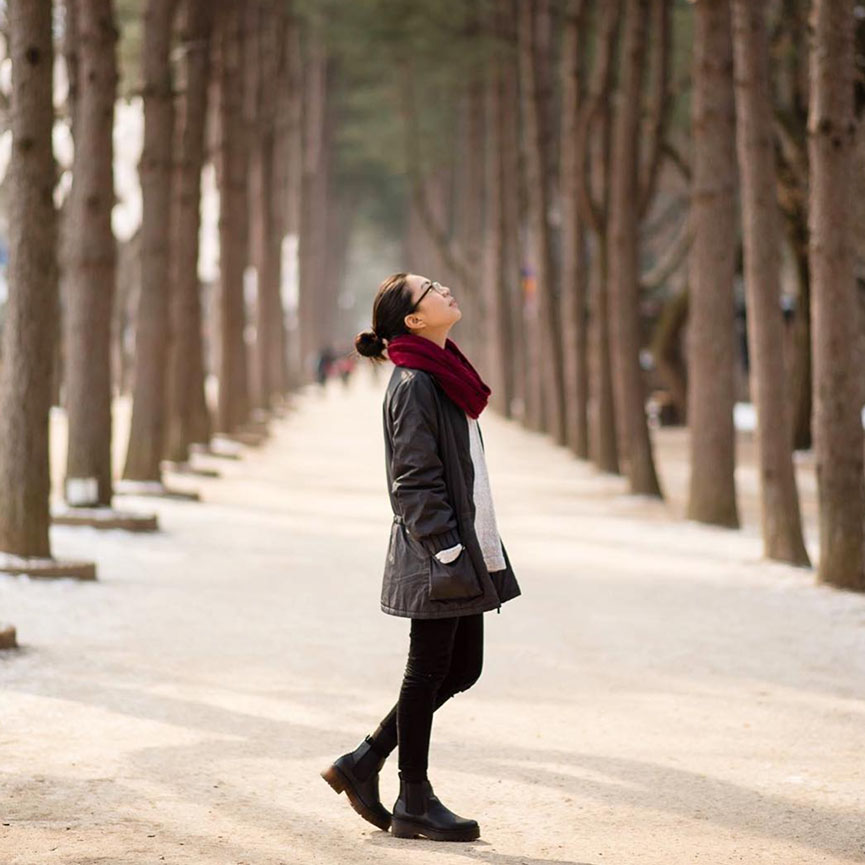 Currently working for a distribution utility giant, Joy is in constant pursuit of breaking the routine by occasionally climbing mountains, flying overseas, island hopping and visiting museums. Follow her stories and adventures on instagram: @rjbasa.

This site uses Akismet to reduce spam. Learn how your comment data is processed.

Our photo was featured in the new PH tourism campa

Fun in Japan! Watch out for our Japan artinerary c

Be part of the fun! Supporting the Department of T

Knock, knock. Who's There? Taiwan. Taiwan who? #ta

✨NEW ON THE BLOG✨ Where to Stay in Siargao (li